Charles Atkinson MacKenzie was the third son of Dr. William Scobie MacKenzie and his first wife Mary. While Alister followed in his father’s footsteps into the medical profession William, the MacKenzies’ second son, and Charles, forged careers in the British Army. When Charles retired from the Army in 1908 he was listed as Temporary Captain/Acting Major in the Royal Army Ordnance Corps/Staff. (1) He re-enlisted in 1914 as a Major but was wounded, awarded the Military Cross, and discharged. Between 1908 and 1914 Mackenzie had formed a landscape construction company working on tennis courts, bowling greens and golf course projects with a partner, James Nicholson.

After his discharge from the Army in 1914, and the dearth of civil work resulting from the war, he left for Canada with his wife in 1915, growing wheat on a farm there, until his return to England after the Armistice.

During the six year period between 1908 and 1914 along with the tennis courts and bowling greens C.A.MacKenzie & Co. had worked with Charles’ brother Alister on a number of his golf projects and in 1912 Harry Colt introduced both brothers to Robert Hunter, an American golfing entrepreneur, who was touring classic British courses that year. That introduction proved to be a particularly valuable one for both brothers when their attention turned to American golfing projects in the 1920s. After the War Charles revived his company with James Nicholson and in 1920 they found themselves working with Alister on the Balmoral course in Belfast. 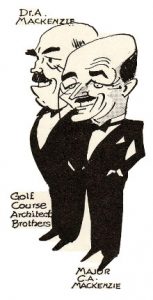 The project appears not to have been a particularly successful one as, while the cost of the work was £6,432.10.3, half of that cost was spent on drainage and reforming a river bed. In 2006 the course was extensively redeveloped. Other work in Ireland was more successful however with projects at Monkstown, Cork, Douglas and Muskerry all being brought to satisfactory conclusions.

Elsewhere the construction or revision of the courses at Seaton Carew, South Leeds and Sutton Coldfield were completed, signed off and paid for.

In 1923 on the retirement of James Nicholson Charles and Alister formed the British Golf Course Construction Company with the two brothers and their wives as Directors.
However when Alister reported to Mr. Sweeting, the Duke of Devonshire’s Land Agent at Buxton, in 1925 that the Construction Company had built thirty to forty courses for him he was presumably including the work that his brother had undertaken before the Company was founded. As the years progressed, and as Alister’s reputation as an architect blossomed, he began to rely more on others for the detail work while he spent more time on seeking new business and planning layouts and routing. Consequently his partners became of prime importance when he was working out of the country and time was of great importance.

Alex Russell worked well with him in Australia as did Perry Maxwell and Robert Hunter in the USA. Charles MacKenzie and one or two of his foremen, Mr Caffrey and Jack Fleming for example, undoubtedly fulfilled the same function at home and there is some evidence that some of the more ambitious gradients on greens may have been smoothed off a little during construction.

In 1925 Charles was asked by Robert Hunter to assist him in the redesign and construction of two greens on the Pebble Beach course in California and this led to him assisting Hunter with all eighteen greens at the Monterey peninsular Country Club’s Dunes course. Chandler Egan commissioned him to help with the design and construction of the greens at Lake Oswego Golf Club and the result was the creation of the American Golf Course Construction Company with the two MacKenzies, Robert Hunter and Robert Hunter Jnr. as Directors. However this was perhaps the high watermark for Charles in America as work at Douglas Isle of Man and Low Laithes in Yorkshire required attention and completion.

In October 1926 Alister sailed for Australia on what became an extremely successful visit and in February of the following year became involved in several projects in the USA. As a result Alister took the view that opportunities for design and construction were greater there than in Britain. Moreover Alister’s divorce and remarriage led to a fundamental breach with Charles for family reasons. In 1929 therefore, aged 53, Charles was forced into a fundamental assessment of the prospects for the future of golf course construction in an economic climate that was far from encouraging.

While the market for golf developments was slow it was there nevertheless. In November 1931 the Yorkshire Post and Leeds Intelligencer reported, Gorforth (Golf Club) announced a five year plan of course improvement on the advice of Major Charles MacKenzie  (2)

In 1933 he was involved in the extension and improvement of Brough Golf Club in the East Riding of Yorkshire but he had the opportunity of undertaking a new project in the county as the Yorkshire Evening Post observed:

The Fulford Golf Club (York) has decided to move lock, stock and barrel from its present site near the Ouse and to construct a new course at Tilmire (near Heslington) a mile or so away, and Major Charles MacKenzie, the golf course architect, has been appointed to make a new course on plans which he submitted to the Club some months ago. (3) 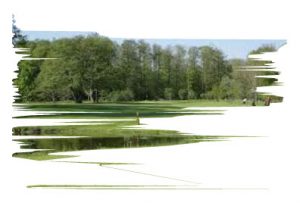 In the same year he worked with Sir Guy Campbell to redesign Pannal Golf Club near Harrogate and in 1935, after some work at Redditch Golf Club, he made the first of his several journeys to Europe to design new courses. The Birmingham Daily Gazette reported Major Charles A. MacKenzie, the golf course architect, has arrived in Finland to supervise the construction of a new course at Hugeland, near Helsingfors … golf was introduced to Finland five years ago has become popular and the original nine-hole course at Talligord, on the outskirts of the capital can no longer accommodate all the would-be players. (4)

From Finland he travelled to Denmark to design the course at Rungsted north of Copenhagen. Rungsted has been described as one of Denmark’s oldest and most important courses although it may well have fallen foul of technology in recent years. He was also involved with Karl Holfman and Major Fahrenholtz in building three courses in Germany. The Golf Club Bad Ems is located in the Rhineland 1,200 ft above the Rhine
Valley. It is an undulating parkland course which staged the German Open in 1937 and during which Henry Cotton had one round of 63. 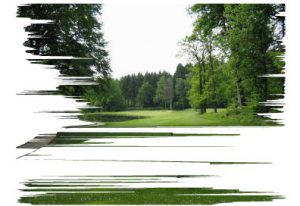 Bad Nauheim in the Frankfurt area and Bad Wildungen in North Hesse also benefited from the input of the triumvirate.

Back on home soil Charles extended and re-developed the Leicestershire Golf Club in 1936 and designed Scarcroft Golf Club near Leeds which opened for play in 1937.

However with the war clouds gathering there appears to have been little appetite for golf course work. Charles and his wife retired to Millport on Cumbrae in Scotland and he died there in 1944. The couple had no children. I have had a limited but keenly felt personal reason for writing this brief essay. In the late 1960s when I was starting to play golf I visited Fulford Golf Club. Of course the York Ring Road had not bisected the course then and the University was not quite the dominating presence in the area that it feels to be now.

All I remember of this first visit of several was a bright Spring morning, dew on the grass and a brand new Penfold Ace hiding in the ridge and furrow folds in the centre of the first fairway. Fulford also allowed me the opportunity of watching not only Sam Snead play in a Benson & Hedges Tournament but Bernhard Langer’s famous ascent of the tree! There is no doubt that Charles was overshadowed by Alister, his oldest brother. Charles came late into the golf construction industry, and for many years he was led by, and benefited from, Alister’s initiative and drive.

There are very few photographs of Charles in the public domain, there is no reference to him in Cornish and Whitton’s The Architects of Golf, (5) and I am aware of only one article on Charles, that by John Scarth (6).

Charles was firstly a military man, then a golf course constructor, and then compelled to make his own way in the golf design profession in a period where work was in very short supply. His designs were at least acceptable and have mostly stood the test of time. Perhaps they were conceived through the practical eye of the constructor and therefore lacked some of the adventure and sheer exuberance of his older brother but many of them remain, largely unchanged, continuing to give pleasure to successive generations of golfers.