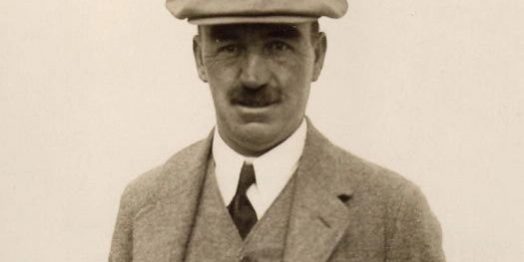 This August we will celebrate 150 years of Dr. Alister MacKenzie, one of golf’s all time great designers.

This year will mark the 150th anniversary of the birth of Dr Alister MacKenzie, who would go on to become one of golf’s pre-eminent course architects. MacKenzie’s design career began with Alwoodley, where he was a founder member and went on to include the likes of Augusta National, Cypress Point and Royal Melbourne.

After studying at Leeds and Cambridge Universities, he joined his father’s medical practice as a GP before serving in the Boer War. It was here that he saw the concealed trenches and camouflage techniques of the Boers that proved so effective. These techniques would profoundly influence his golf course designs.

In 1919, after the end of the Great War, MacKenzie collaborated with Harry Colt, whom he had met at Alwoodley in 1907.
MacKenzie eventually left the Colt partnership in 1923 and went on to work with the likes of the Royal & Ancient, St Andrews, Troon, Prestwick and over 300 other clubs.

In 1925 Royal Melbourne contacted the R&A seeking advice about whom to consult concerning the re-design of their course. The R&A recommended MacKenzie and his Grand Tour, with journeys to California and then Australia in 1926, kick-started his international career.

In 1926, MacKenzie received the commission for the design of Cypress Point. Later that year he was at St Andrews for the Walker Cup, where he met Bobby Jones who was part of the American team.

The two always shared a great love of the Old Course at St Andrews and were members of the R&A. MacKenzie is best known for his work at Augusta National, where the Masters is played every year. The course was jointly designed MacKenzie and Jones.

In 1934, just a few months after his death, the first Masters took place at Augusta. The good doctor did not live the see the birth of what has become most iconic tournament in golf.

MacKenzie’s decision to swap medicine for golf course architecture can be linked to his strong conviction that golf had very real benefits for patients. He said: “How frequently have I, with great difficulty, persuaded patients who were never off my doorstep to take up golf, and how rarely, if ever, have I seen them in my consulting rooms again!”