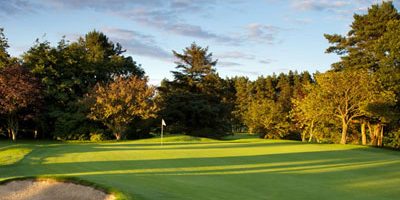 Leeds City Council is proposing to close the 27 holes at Temple Newsam municipal Golf Club and to replace these MacKenzie courses with facilities for cyclists. A protest movement is in existence as is a petition. Contact the Club to add your voice.

Dr. Alister MacKenzie, the celebrated golf architect, was fairly critical of English local authorities in an article titled ‘Municipal Golf’, which he wrote for the magazine Golfing in July 1925. Unlike the situation in Scotland where there were a number of public courses,

In England, municipal golf has made little progress and this has been largely owing to the apathy of Town Councils and the obstruction to all schemes of this kind by Parliament. … Since the War perhaps progress has been greater in municipal golf and more courses have been constructed than previously, notwithstanding the opposition of Parliament. (1)

The public generally do not attach sufficient importance to playing games in distinction to watching them, they do not appear to realise their effect on the happiness, the health, and even the prosperity of the community. (2)

Of course his interests as a golf architect went hand in hand with his interest in the health of the community. By the time that this article was published in 1925 Alister MacKenzie was not only the architect of many courses in both England and Ireland but he had also completed two of the three municipal courses to be built in the town of Leeds. A Leeds Alderman, Alf Masser, and Albert G Baker, the golf correspondent at theYorkshire Evening Post, had campaigned long and hard for the introduction of municipal golf in the town.

As a result of this campaign the City Council opened its first golf course in 1923 and followed this up with another two years later. The first course was named the Lord Irwin the second was called the Lady Dorothy, both courses were constructed in the Temple Newsam estate which was owned by the Council, both shared a clubhouse and both were designed by the local golf architect, Dr. Alister MacKenzie. Earlier owners of the estate were frequently colourful, even notorious, ranging from the Knights Templar to Lord Darcy who was executed for his role in the Pilgrimage of Grace in 1537. Darcy was succeeded indirectly by Lord Darnley, the husband of Mary, Queen of Scots, and the estate later passed to the Ingram family who not only remodelled the house but also employed Capability Brown to re-landscape the park.

When MacKenzie had completed his work in the park he observed,

“These two courses compare favourably, even at the present early stage, with inland courses anywhere. They are both over six thousand yards in length and are full of variety and interest.
Temple Newsam is naturally a beautiful place, the turf is hundreds of years old and during the wettest weather absolutely dry. The design and construction work have been done on the best modern lines, every hole is replete with variety and interest, and it has surpassed the most sanguine expectations of the City Council. (3)”

In fact it would appear that the Lady Dorothy course, in particular, was of such a high standard that it received serious consideration as a candidate for staging the 1937 Ryder Cup before Southport and Ainsdale was selected.

To the modern golfer MacKenzie’s routing adds much pleasure to the round, the turf remains springy and dry while the views over the surrounding countryside and over the city itself are enervating. The Yorkshire Evening News held an annual professional tournament on selected Leeds courses for forty years until 1963 interrupted only by the War years. While the Moortown and Sand Moor Clubs were the most frequent hosts the tournament visited Temple Newsam on several occasions. On 12 June 1936 the field at Temple Newsam included such luminaries as Reggie Whitcombe, Bill Cox, Richard Burton, Sid Easterbrook and Percy Alliss. The popularity of this lucrative tournament had become clear three years earlier when the French Golf Federation found it necessary to change the date of the French Open Championship to a date in June to avoid a clash.

The competitors at Temple Newsam on 31 May 1933 included Abe Mitchell, Henry Cotton, Alf Padgham and the newly appointed Club Professional Syd Wingate. The Wingates were yet another family in the early years of the century for whom professional golf was the family business.

Both Syd Wingate’s father and uncle were professionals at Clubs in the Midlands and Syd’s brother was the professional at the Embleton Club, now Dunstanburgh Castle Golf Club. However the most controversial entry in what was essentially a male preserve was the one from Syd Wingate’s sister Hannah Sophia Wingate, popularly known as Poppy. Poppy was widowed fairly early in life and, with two children to support, joined her brother at Temple Newsam becoming one of the first lady Golf Professionals in this country. The story of this courageous and remarkable lady was told in an earlier edition of this magazine. (4)

Plate 5. The 1st hole from the green, (Lady Dorothy)

Exhibition matches were played on the courses on several occasions during the 1930s in particular and more than one of them featured Gene Sarazen against different opponents. To British eyes the success of Henry Cotton by a margin of 4 & 3 in the event of 1933, the handbill for which appears as Plate 6, was a welcome respite from American dominance of the sport. On 22 July 1939 the Club staged another exhibition between Alf Padgam and Bobby Locke. Along with exhibitions the occasional international match was played at the Club. On 5 June 1939 a British team played the Argentine with such worthies as Dai Rees and Jose Jurado participating. In fact golf at the Temple Newsam courses was regarded, locally at least, as of some sporting significance and at least one of the Leeds newspapers faithfully recorded monthly medal and other competition scores for the later 1930s at least.

The first Professional of the Temple Newsam Club was Syd Wingate, as mentioned above, but he was succeeded by Percy Alliss in 1936. Alliss gave way to Bill Shankland two years later after Shankland ended his Rugby League career. While Shankland competed in the Open Championship on several occasions either side of the War he is perhaps better known to many as employing Tony Jacklin CBE as his assistant at the Potters Bar Golf Club in the early 1960s.

During the Second World War eighteen holes were lost to agriculture and to mining a shallow outcropping coal seam and it was not until 1952 that the two courses were restored. Approximately 150 acres out of the 270 acres of the course was taken for mining and two million tons of coal were extracted. When mining ended 8 holes of the Lord Irwin course and 10 holes of the Lady Dorothy course had to be re-constructed and whether it was this extended loss of the facility, or the quality of the reconstruction or even other factors becoming relevant, but the Club and its courses never quite regained the prominence enjoyed before the War.

Nevertheless the popularity of golf as a pastime grew during the 1960s and early 1970s as those of us who rose long before dawn to book our slot on a Saturday at the local Public course will attest. As the twentieth century drew to a close golf courses were built throughout the country to take advantage of the swelling in the number of golfers but the tendency to mistake a cycle for a trend manifested itself in golf with a vengeance.

Unfortunately the principal victims of what turned out to be an over-supply of golf courses were so many of the Municipal courses and playing numbers at Temple Newsam began to diminish. Perhaps private Clubs had more flexibility in response to the new competitive environment a flexibility which allowed them to be more prompt in improvements in course maintenance and the provision of extra and better facilities in the clubhouse. In 2017 the City Council decided on revisions to reduce the complex to 27 holes and in 2019 announced plans to close the golf courses completely to make way for a ‘Road-safety park, family cycle trails and potential event space’ at an estimated cost of £1,350.000. The Council saw fit not to inform the Golf Club of the plans until they were in the public domain a week before the Leeds Executive Committee met to decide upon the proposal.

Dr Alister MacKenzie saw municipal golf as a way of attracting those with lower incomes into the sport while providing excellent facilities to achieve that end. Nearly ninety years after MacKenzie wrote the article above a large number of golfers in this country are not members of any golf club but prefer to pay green fees to play at private Clubs at times that are convenient to both parties.

The plans that Leeds City Council have announced for the Temple Newsam courses therefore seem to be at odds with the whole principle of municipal golf. The Club has about two hundred and fifty members at the time of writing many of whom are elderly and reliant on pensions. A serious attempt to encourage some of the large number of ‘nomadic’ golfers to play on a properly maintained MacKenzie course at a reasonable price would not only supplement those two hundred and fifty but would go some way to achieving the noble aims and philosophy of municipal golf.

My thanks to Lee Patterson, past Captain of Stanmore Golf Club, for drawing my attention to the MacKenzie article in Golfing 1925 and to Dean Hardy and Tom Mortimer, members of Temple Newsam Golf Club, for the photographs.